Come, look closer. Let me rid you of your fears, your thoughts, your vital living essence...

As you may or may not know, The Dark Crystal is a Jim Henson Production that wisks you away to a new world where you will encounter strange and interesting new creatures. (Skeksis, Gelflings, Podlings, etc.)

If you already think you know the plot, go read the introduction from the beginning of the movie. There are some really cool pictures to go with it.

It’s hard to imagine that it’s been 25 years since The Dark Crystal was released. In honor of its anniversary, Sony Home Entertainment will be releasing The Dark Crystal 25th Anniversary DVD. The film was the first co-directorial effort of Jim Henson with Frank Oz, who went on to direct The Muppets Take Manhattan, In & Out and Bowfinger. The film featured groundbreaking puppetry from Jim Henson.

Acclaimed composer Trevor Jones (Excalibur, Labyrith, Angel Heart, Cliffhanger) fashions an exquisite, lush orchestral score that brings all the awesome wonder of this classic cinematic event, directed by Jim Henson and Frank Oz, to life. The soundtrack features a beautiful score that is simply a must-have for all film music and fantasy film fans, and is the perfect compliment to the new 25th Anniversary DVD of the film, which will be in stores nationwide in July 2007.

The Dark Crystal 25th Anniversary Edition Soundtrack will be available in stores or from www.lalalandrecords.com on July 17, 2007. 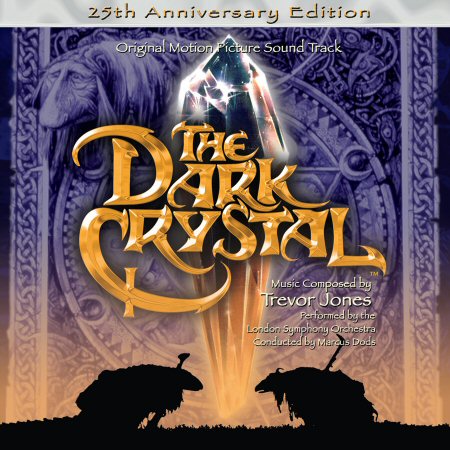 If you simply can't wait another moment you can visit Amazon.com or similar retailers who have the CD on sale.

Here are some more pictures if you didn't get enough with the intro.

Look at my cool Dark Crystal collage I made. (it took forever to find all the pictures to fit!) 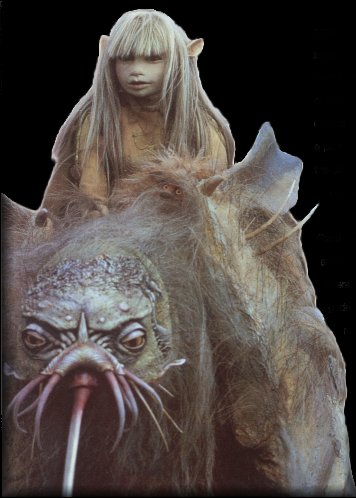 Perhaps you are wondering just who Dream Child really is. Well, I believe a dim haze of mystery adds enchantment to life, but if you must know, you must know.

If you want to ask me questions, you can email me.

If you haven't yet, visit Dream Child's Labyrinth Page